Please wait while the audio tracks are being loaded.

It appears there are not any audio playlists available to play.

The track url currently being played either does not exist or is not linked correctly.

Update your browser to a recent version or update your Flash plugin.

The idea is ​combining the tradition and originality of gypsy jazz arrangements (two guitars and a double bass without drums) with the virtuosity of the voice and songs of a different nature: the French song, the Spanish song, the Italian song, the soundtrack and finally the classical music song rearranged with scat vocal.

More commonly known as Gypsy Jazz or Manouche Jazz, this kind of music had as its founding father the great and legendary Gypsy guitarist Django Reinhardt considered the musical father of solo guitar.
True musical kaleidoscope, in the gypsy jazz we find the tradition of the French waltzes, the American swing of Duke Ellington together with the virtuosity of the gypsy culture in a key that has as main characteristic a strong rhythmic and melodic component.

In the show we have very different tracks with the originality of a Gypsy arrangement in common.
“Menilmontand” a classic of French music with an unpublished text in Italian;
Several classics of Italian music such as “Amarcord” by Nino Rota and “Donna”;
A tango by Astor Piazzolla entitled “Oblivion”; “Historia de un amor” from the Cuban tradition;
“Capriccio 24″ by Paganini performed in a mix of classical, jazz and scat vocal music.

Several songs in English: “Fragile” by Sting, “The Windmills of your mind” a jazz standard of the great Michael Legrand, the swing of “Mr Sandmand” sung in multiple voices and finally the timeless “Stardust” by Hoagy Carmichael.

A show that exalts the sonority and the technique of the guitar and the voice and that in this musical context is able to overwhelm with its notes the audience of every age and culture. 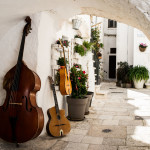 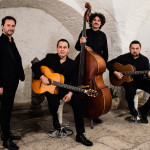 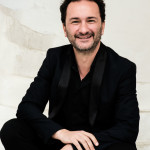 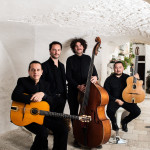 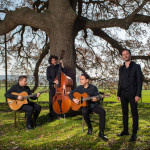 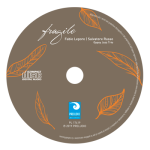